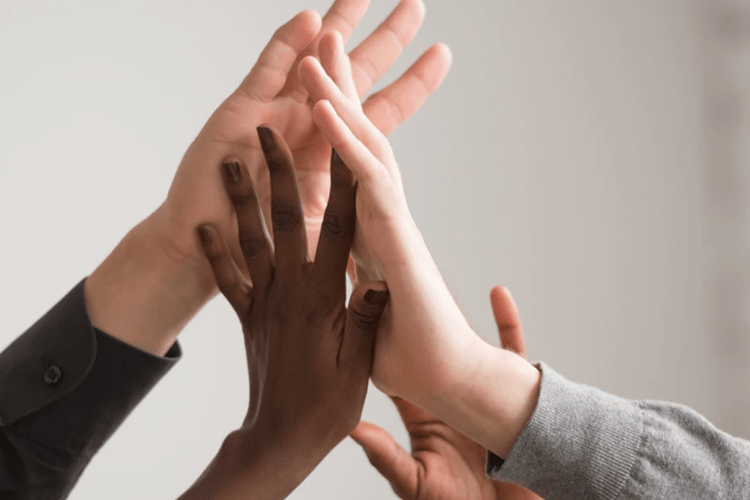 5 Ways to Be An Ally in the Workplace

I don’t think there is much argument about the inequities that exist in society. And while there is a lot of importance and value in highlighting disparities, it’s imperative that we are also discussing solutions and not just problems that exist. If you’ve ever read about bias and discrimination and thought ‘this is horrible—I wish there was something I could do to help,’ then keep reading. I thought it would be helpful to compile a list of some ways in which privilege can be used to amplify the voices of the victimized. Privilege is a very tricky thing—we don’t think we actually have it but we benefit from it in insidious ways. If you want to be an ally (I saw someone on LinkedIn say accomplice versus ally and I prefer that instead), you should use your privilege to deconstruct systems of oppression, whether that is in your school, your workplace, or your community. What are some ways that you can do that?

1.    The Parity Plea. Ellen Pompeo recently discussed the lack of diversity in Hollywood in an interview and says she now demands more racially inclusive teams for her projects. An example of this would be bringing to your manager’s attention that you are being paid more than the person of color or your female counterpart who is performing the same work as you—you’re not jeopardizing your pay by bringing this to their attention, and you can actually be instrumental in closing the racial/gender wage gap that continues to persist. If an employer is paying you and your coworker different amounts, then this may be an example of disparate treatment, which is against the law. We must speak up and speak out when disparities are made apparent to us.

2.    Disseminate Discrimination. At some point or another in our lives, we’ve all witnessed someone whether close to us or not saying or doing things that are based on our own biases, stereotypes, and prejudice about another group. When you hear someone saying something that is offensive, speak out against it and let them know. Many times, people say things based on hate and don’t even realize that what they are saying is offensive because “this is how they’ve always been.” There are other times that people recognize what they are saying is wrong, but they feel comfortable or emboldened for whatever reason to continue to say inflammatory things. We all have to hold others accountable for hate speech and discrimination and that begins when we speak out against it. This is particularly important for those with more privilege. When you hear someone saying something about a disenfranchised group, don’t be afraid to call them out.

3.    Loose Lips Can’t Listen. What happens a lot in our society is when, for example, people of color are expressing their feelings regarding something they find to be offensive, those who don’t identify as POC will be quick to project their feelings and understanding on to others, without trying to listen to better comprehend the viewpoint of others. I saw this with the recent Gucci Blackface sweater scandal. There were people who were baffled and confused as to a) why Blacks were offended by the sweater, and b) what Blackface actually is. It’s important for us all to remember: just because YOU don’t find something to be offensive, doesn’t mean that it’s not offensive and it does not invalidate the opinions and feelings of others. What I see often is when someone speaks out about something they find to be offensive, one sect of the population says that we’ve become too sensitive and too much of a politically-correct society and we are no longer are able to exercise our First Amendment rights. Who are you to tell someone what is and isn’t offensive? I will repeat: just because you don’t find something to be offensive doesn’t mean it’s not. We have to be more open and understanding of other people’s viewpoints and experiences wrong. In order to really be an ally, you have to be willing to listen. If you just allow yourself to listen without the intent to respond but rather with the intent to grasp, you could learn a lot and gain a deeper understanding of how individuals from less advantaged groups experience life.

4.    Amplify & Advocate. Research indicates that men speak more than women on average and women are more likely to be interrupted than men. One effective way for men to be allies is to amplify the voices of their female coworkers. A great suggestion for that is saying something like, “Can we go back to Mary’s idea? Mary, could you tell us more about how it would be implemented?” Using your advantage to amplify and advocate for others is important. Males who talk more are viewed more favorably according to one study, so men using their voice to magnify groups that are often ignored in the boardroom can have a huge impact.

Another way to be an advocate and use your privilege for good is to mentor or sponsor another employee, particularly one from a less advantaged or diverse background. Sponsorship has been found to be one of the most effective ways to boost a women’s career. You can be an official sponsor through programs within your workplace or you can serve as an unofficial sponsor/mentor. Once you have identified a need, you can offer your time and guidance to help give other helpful tools and tips for success.

Are you interested in nokri new features and update?